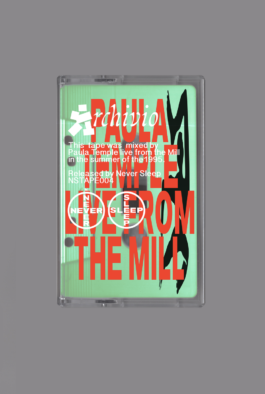 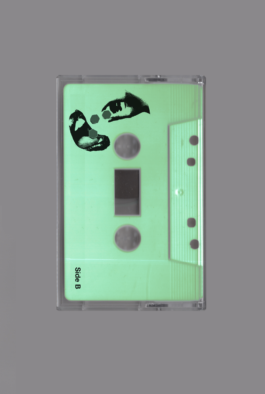 Recorded live in the UK’s oldest rave capital Preston in the beautiful summer of 1995.

One of Paula Temple’s earliest gigs, this mix was recorded at a rave in Preston 27 years ago when she was 18 years old.

Vinyl only at the time, this mixtape embodies the style she is consistently known for, a mix of raw relentless techno and rave.

In 1995 making mixtapes was the only way to go, so Paula would make mixtapes to give to her friends at clubs around the North of England such as Bugged Out (Manchester), The Orbit (Morley) and Voodoo (Liverpool).

Paula submitted this mixtape to MUZIK magazine to spend a day with techno artist Dave Angel.

Triumphantly she spent the day with Dave in his studio, was featured in the magazine and was just a young girl chasing her dream.

When we asked for this possible collaboration she dug deep and found a forgotten tape from long ago that had been lost but recently found, Archivio has brought it back to life for you to hear the younger Paula Temple’s passion for the underground.

All proceeds go the amazing https://www.womenonweb.org/ charity which supports women rights across the globe and provides abortion care for the most in need.

We are truly honored to put out a small testament in time and help those in the future.

Listen the side 1 here